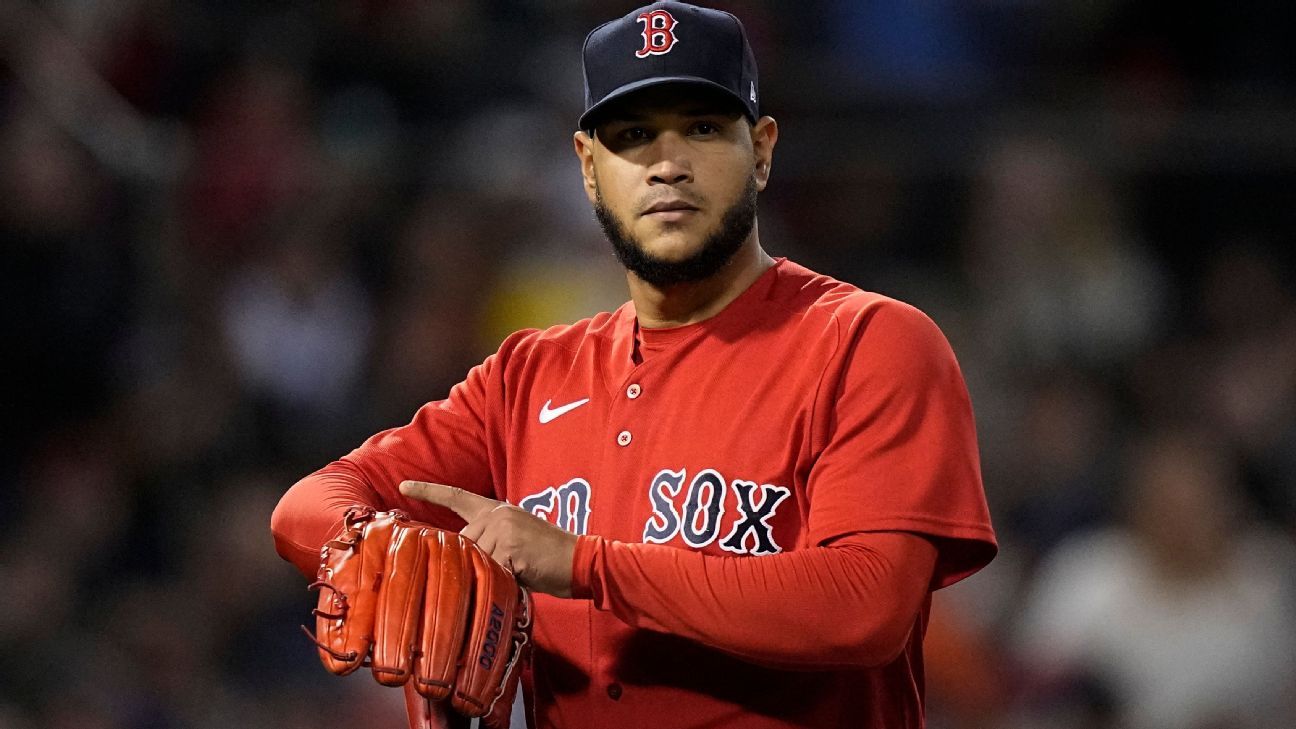 BOSTON — The new and old school ways of baseball etiquette clashed during the Boston Red Sox‘s 12-3 victory over the Houston Astros in Game 3 of the ALCS on Monday night when Carlos Correa grounded out to second baseman Christian Arroyo to end the sixth inning.

As Red Sox pitcher Eduardo Rodriguez walked off the mound, he pointed to his wrist, a reference to Correa’s celebration in Game 1 after the shortstop hit a home run off reliever Hansel Robles. The celebration drew an immediate reaction from Boston manager Alex Cora, who screamed, “Hey, no!”

Upon Rodriguez’s return to the dugout, Cora hugged the pitcher and pulled him in for a conversation.

“Don’t do that,” Cora told Rodriguez.

Cora said he did not want Rodriguez to show up Correa for getting out and that the pitcher needed to maintain humility while finding success.

“We just show up, we play, and we move on, and he knows,” Cora said. “I let him know. We don’t have to do that. If we’re looking for motivation outside of what we’re trying to accomplish, we’re in the wrong business. The only motivation we have is to win four games against them and move on to the next round.”

Correa clarified after Game 1 that the celebration was directed toward his teammates.

“When the playoffs start, they always tell me it’s your time now to go out there, hit homers, this and that,” Correa said. “They told me to hit the way and when I hit the homer — I did it in Chicago the first time on my own, and today they told me if you hit a homer, hit them with the ‘It’s your time.’ It just happened naturally there.”

Rodriguez said he felt bad about his own celebration after his conversation with Cora.

“That was part of the moment,” Rodriguez said. “… I will apologize to Correa if I see him in person because that’s not something I normally do. It was just part of the game.”

That apology may not be accepted by Correa, who encouraged Rodriguez’s desire to celebrate the moment after the game.

“I thought it was kind of cool,” Correa said. “It’s just the way baseball should trend going forward. We talk about baseball growing and more people coming to watch the sport, you need to have more things like that. You need to let people have fun and the game should move in that direction, where you can show emotions and be yourself and keep it real.”

NBA in talks to resume play at Disney complex