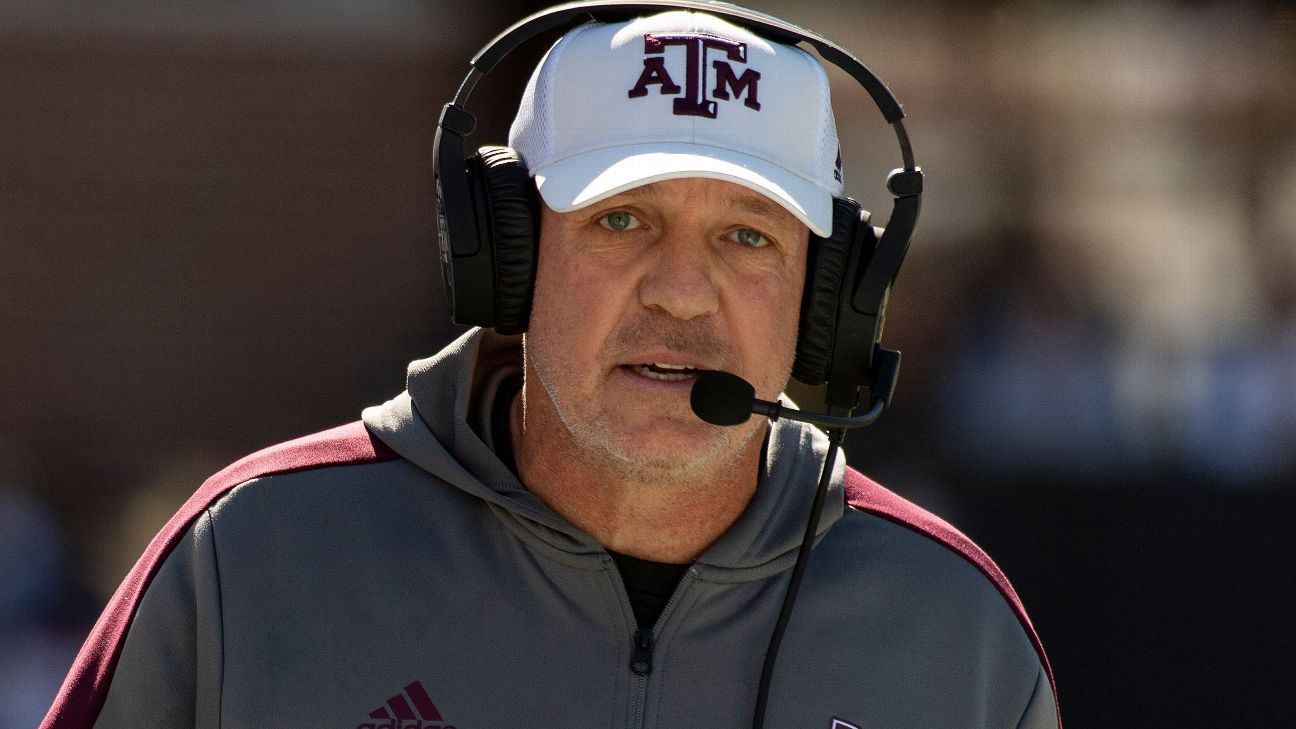 Texas A&M football coach Jimbo Fisher attempted to shut down rumors that he would consider leaving for LSU, telling reporters on Monday that “we’re in the process of building something great and I plan on being here and fulfilling this contract.”

Fisher’s comments came a day after LSU and coach Ed Orgeron announced an agreement to part ways at the end of the season.

Fueling speculation that Fisher might replace Orgeron was his long-standing relationship with Scott Woodward, the former Texas A&M athletic director who brought Fisher to College Station and now holds the same position at LSU.

Fisher and Woodward both have ties to LSU. They were there together in the early 2000s, with Fisher serving as offensive coordinator and Woodward as the school’s director of external affairs.

Fisher, whose contract runs through 2031 and does not include a penalty if he leaves, said that while he and Woodward are friends who talk frequently, he has no plans for a reunion.

Fisher said he loves being at Texas A&M and that he’s happy with his contract and appreciates the school’s administration. He pointed out, “My family has roots here.”

But, Fisher added, “I love being at A&M and I plan on being here.”

Fisher, who is paid more than $9 million annually by Texas A&M, was good-natured but clearly frustrated by the line of questioning.

“I ain’t commenting on that,” he said at one point. “I’m done with that stuff. I don’t know what else I can say.”

Texas A&M is coming off back-to-back wins against Missouri and No. 4 Alabama. The 17th-ranked Aggies host South Carolina on Saturday.