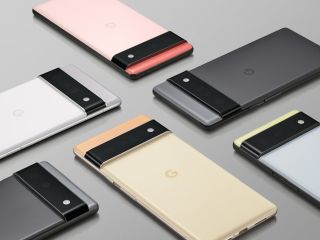 Google Pixel 6 and Google Pixel 6 Pro, the first phones from the tech giant to be powered by its home-grown Tensor SoC, are all set to launch today. The launch event will begin at 10.30pm IST and will be livestreamed online for fans to see. Ahead of the announcement, Google has revealed quite a few details about the Pixel 6 and Pixel 6 Pro. They will feature a dual-tone design and have a unique camera module strip running through the length of the phone. The Pixel 6 Pro will come with triple rear cameras, while the regular Pixel 6 will carry a dual rear camera setup.

The Pixel 6 series launch event, as mentioned, will begin at 10.30pm IST today. All those who want to watch the event live, can head to this dedicated page created by Google. It will be streamed live on the Made by Google YouTube channel as well. Alternatively, users can also watch the event in the embedded video below:

As per leaks, the Google Pixel 6 will be priced at EUR 649 (roughly Rs. 56,200) while the Pixel 6 Pro will retail for EUR 899 (roughly Rs. 77,900). There is no information on the pricing of the Pixel 6 series in other regions. Also, there is no clarity on whether these two models will launch in India or not.

On the specifications front, the Pixel 6 and Pixel 6 Pro are confirmed to be powered by Google’s Tensor SoC — optimised for efficiency but said to be 80 percent faster than the Pixel 5 with its Snapdragon 765G SoC — paired with the Titan M2 security chip. The Pixel 6 Pro is reported to sport a 6.7-inch LTPO OLED display with variable refresh rate ranging from 10Hz to 120Hz. The vanilla Pixel 6 will reportedly get a 6.4-inch OLED display. Both smartphones are tipped to be protected by Corning Gorilla Glass Victus and have IP68 rating for dust and water resistance. Both Pixel smartphones will run Android 12 and will get some Google-exclusive features. Leaks claim that the Pixel 6 Pro will get a 512GB onboard storage variant in Australia and the US exclusively.

Past leaks suggest that both the phones are said to get a 50-megapixel primary sensor — said to capture 150 percent more light than the previous Pixel smartphones – along with 12-megapixel ultra-wide cameras. The Pixel 6 Pro will reportedly get an additional telephoto lens that is capable of 4x optical zoom —further extended to 20x using Super Res Zoom. Camera features on the Pixel 6 and Pixel 6 Pro reportedly include a Magic Eraser feature that removes people and other unwanted objects from a photograph.

Switching to Signal? 5 Tips and Tricks You Need to Know

Immortals Fenyx Rising Review: Ubisoft’s Answer to Zelda, for Everyone Without a Nintendo Switch