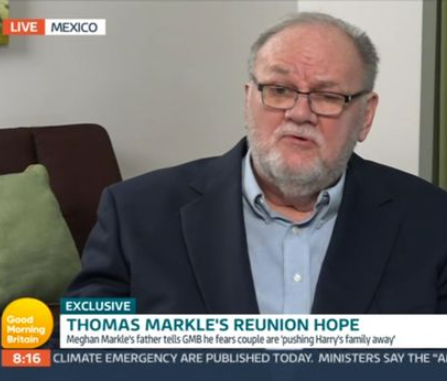 Thomas Markle has said in a new interview that he considered suing “shameful” daughter Meghan Markle and her husband Prince Harry so he could see his grandchildren Archie and Lilibet.

Talking to Richard Madeley and Susanna Reid about Meghan, Harry and their two children on Good Morning Britain, Thomas admitted he had considered taking legal action against his daughter. 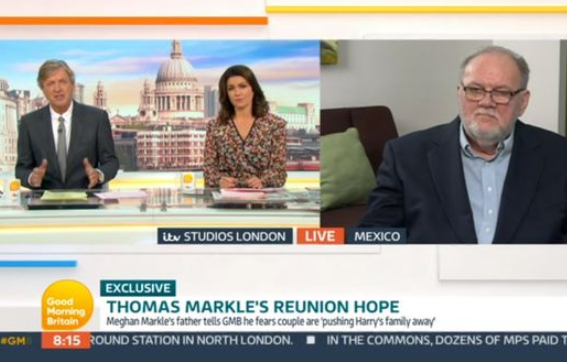 Susanna was interviewing Thomas when she said: “You have two new grandchildren, who you must be afraid you won’t meet.”

Thomas said that he was very concerned about that.

He added: “I’d love to see my grandchildren.”

He then told Susanna that people in California have told him to sue his daughter and her husband over the fact that he is being prevented from seeing his grandkids. 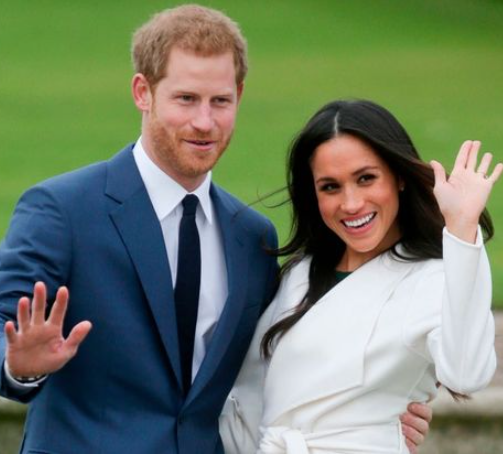 He said: “People have suggested in California that I sue, to see my grandkids, and I think if I did that, I’d be a hypocrite, I’d be doing the same thing that Meghan and Harry are doing.” 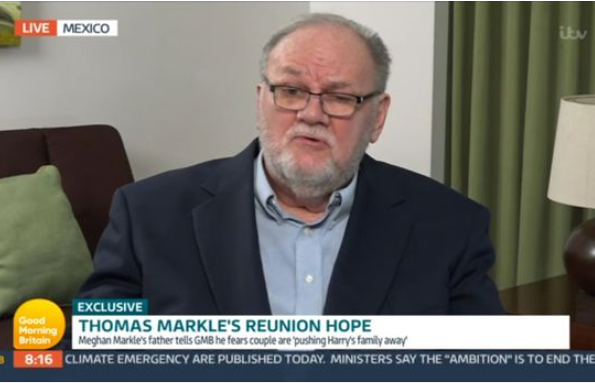 Susanna then questioned him on the legal action he mentioned, asking him if he had grounds to do so.

#EndSARS: We donât believe you are listening when nobody has been arrested and charged for the murder of innocent protesters- Genevieve Nnaji