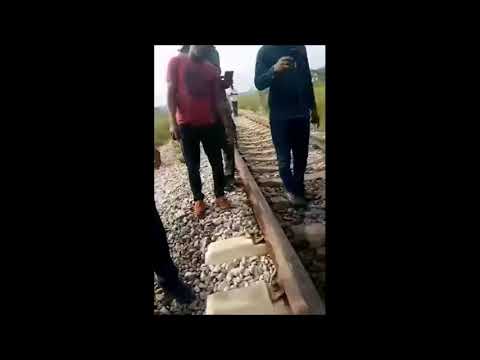 The Nigerian Railway Corporation (NRC) has confirmed that suspected bandits on Wednesday destroyed a portion of the Abuja-Kaduna rail track with explosives, forcing a disruption of train services on the route.
According to a report by the Nigerian Tribune newspaper, the Managing Director of the NRC, Fidet Okhiria, said the explosives damaged the rail track at a spot between Dutse and Rijana, an area that had recorded numerous bandits’ attacks along the Kaduna Abuja highway.
Mr Okhiria said the Corporation was making efforts to restore train services on the route.
“Efforts are currently ongoing to ensure that the train services along the Kaduna-Abuja route are fully restored,” the official said.
Earlier, a former senator representing the Kaduna Central district, Shehu Sani, had reported on his Facebook page that suspected bandits attacked the Kaduna-Abuja train. He said the bandits planted an explosive that damaged the rail track and shattered the windshield of the train’s engine, Wednesday evening.
Mr Sani said the gunmen also opened fire at the train on Thursday morning, targeting the driver and the tank of the train. “It happened between Dutse and Rijana stations. The Driver struggled to move towards Kaduna Rigasa station.