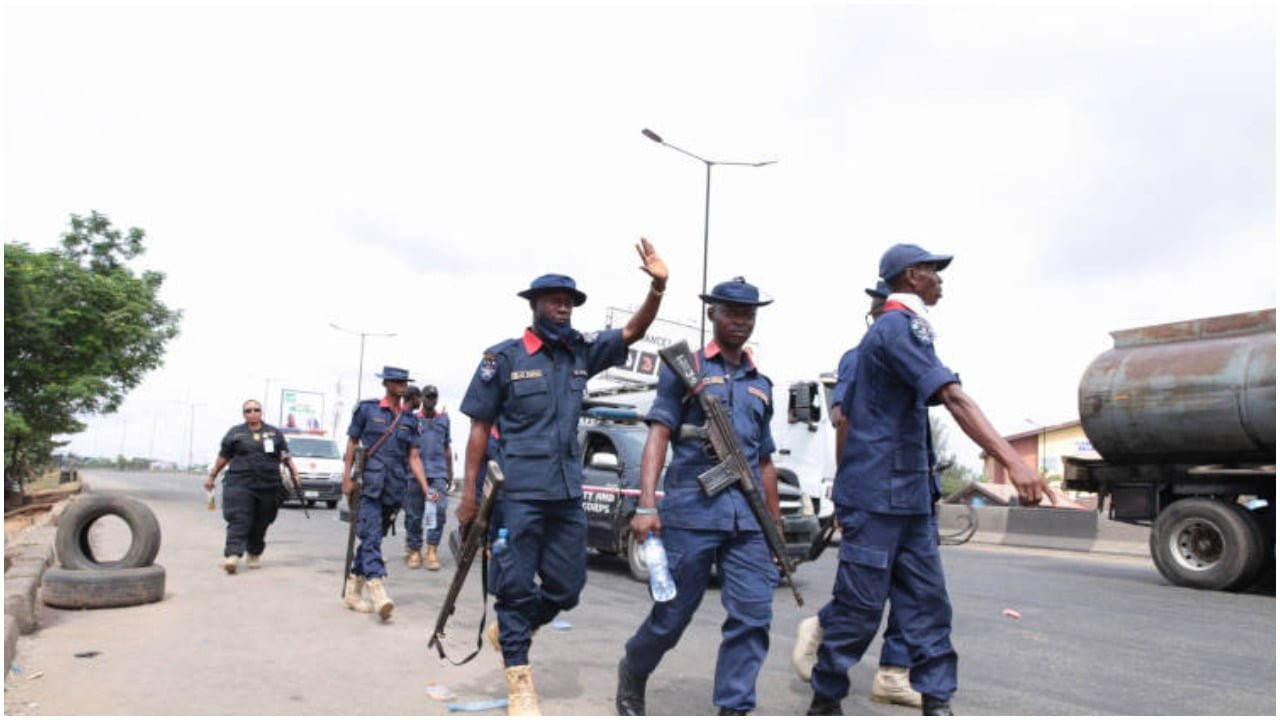 Operatives of the Anti-Human Trafficking Unit of the Nigeria Security and Civil Defence Corps, Akwa Ibom State Command have arrested a man for allegedly conniving with his wife to sell their two daughters aged 6 and 4 respectively.

The man, Elisha Effiong, who lives in Cameroon with his wife was arrested in Uyo on Monday,  November 15, through an intelligence report while trying to sell their children, identified as Abasifreke Edet and Rachael Edet.

The command’s Public Relations Officer, Umana Ukeme, in a statement on Wednesday November 23, said the suspects confessed that they made the decision to sell their children due to extreme hardship.

According to the statement, the suspect confided with a private security guard of his plans while the guard, in turn, notified the commandant of the corps Mr. Abidemi Majekodunmi who immediately ordered the arrest of the culprit.

“The suspect, Elisha Edet Effiong, ‘M’ was apprehended with his two children identified as Abasifreke Edet, 6, and Rachel Edet, 4, while attempting to sell them for M700, 000 in Uyo, Akwa Ibom State.

“Effiong, 40 years was apprehended at FulCare Hospital along Ekpanya Street, where he notified the security guard of his intention to sell his two children to pay off his debt and meet other financial challenges.

“The security guard notified the NSCDC and immediately, Commandant Abidemi Majekodunmi detailed personnel of the anti-human trafficking unit of the corps who swung into action and apprehended the suspect alongside with his two daughters, ” the statement read in part.

According to Ukeme, preliminary investigations have been concluded while the case would be transferred to NAPTIP zonal office, Uyo for the prosecution of the suspect.

Apple pulls no punches in lawsuit against ‘amoral’ NSO Group

Own Your Duplex at The Estate by Pennek…