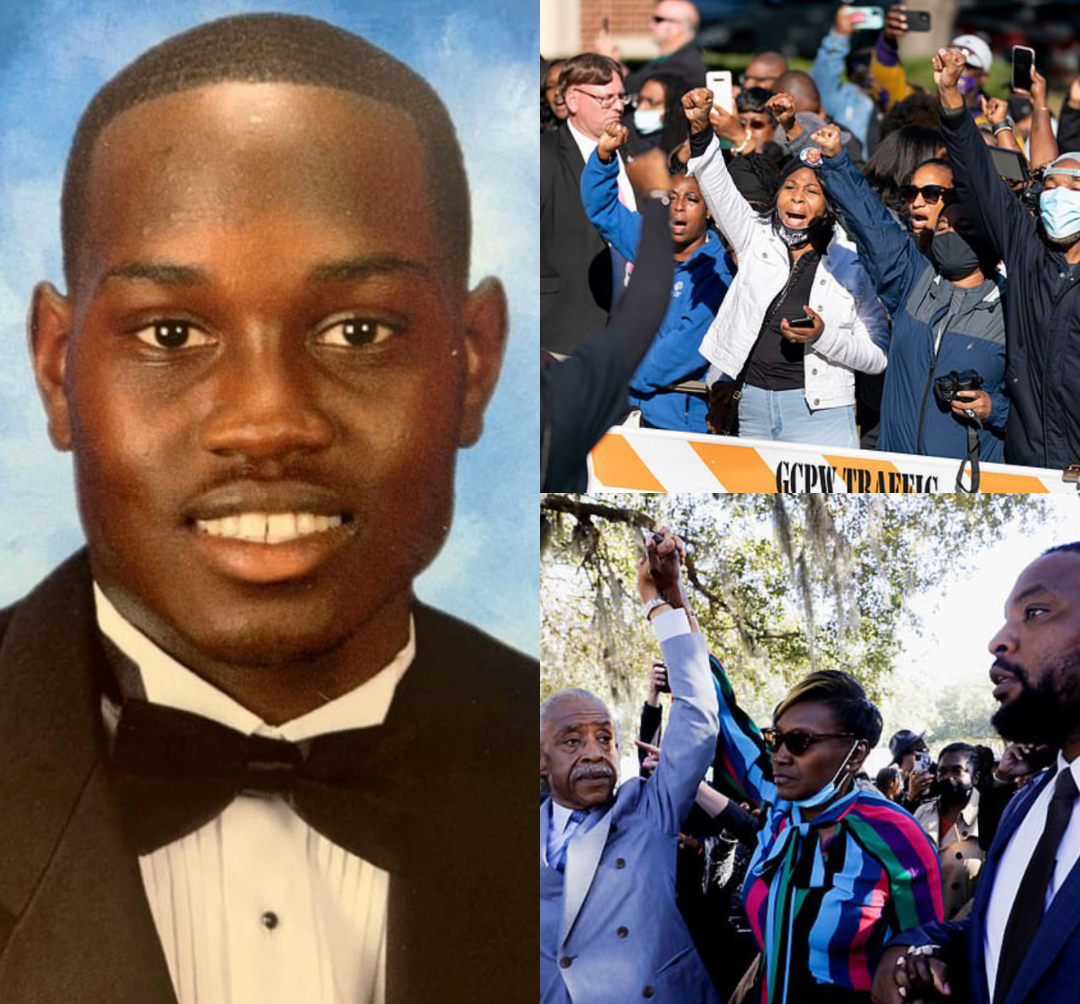 The family of Ahmaud Aurbery says they will ‘have some peace’ after the three men who chased and killed him in a Georgia suburb in 2020 were convicted of murder on Wednesday, November 24.

Arbery was a former high school football star who was working at his father’s landscaping business and planned to go back to college, according to his family, before he was followed, and then shot to death last year.

He was 25 at the time of his death and was on probation for minor previous incidents, but he was mostly remembered as a charismatic and kind person.

The other two men, McMichael’s father Gregory and William ‘Roddie’ Bryan, were convicted of felony murder.

At the Glynn County Courthouse on Wednesday, Arbery’s family watched the verdicts from a room next to the court.

They clapped and cried out as jurors returned their verdicts, before the trio were remanded in custody ahead of sentencing.

‘Nothing will bring back Ahmaud, but his family will have some peace knowing the men who killed him will remain behind bars and can never inflict their brand of evil on another innocent soul,’ said Family lawyer, Ben Crump in a statement on behalf of the family.

Arbery was enrolled at South Georgia Technical College for about a year-and-a-half after high school, but he dropped out due to financial difficulties, according to Reuters.

He had plans to go back to college so he can be an electrician before he was killed, his family says.

To help keep his head clear, he ran on the streets almost every day, his family say.

About a mile and a half into his usual route, Arbery would cross the four lanes of Jekyll Island Causeway into the subdivision of Satilla Shores.

On February  23, 2020, he ran through Satilla Shores little did he know that will be his last day on earth.

That day, Arbery was shot to death by a father and son who told police they grabbed guns and pursued him in a pickup truck because they believed he was responsible for robberies in their neighborhood.

The McMichaels were joined by Bryan, a neighbor who told police he saw the chase and joined in without knowing what happened.

As Arbery lay dying from the gunshot wound, Bryan says the younger McMichael called him the n-word.