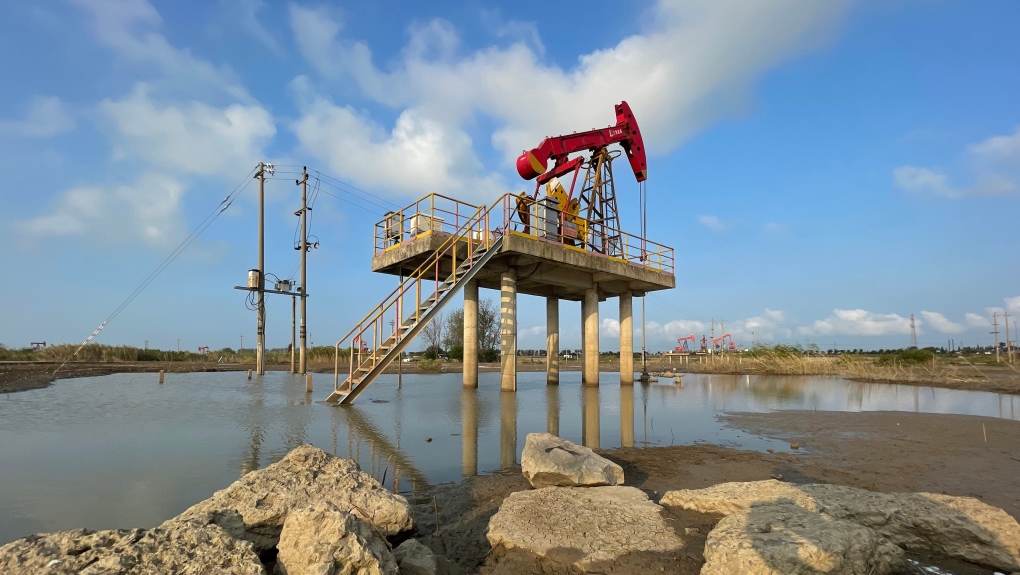 China confirmed on Wednesday that it would join the United States and other major energy-consuming nations in releasing strategic oil reserves to try to cool high prices and tame inflation.

The White House announced Tuesday that the United States would release about 50 million barrels from its Strategic Petroleum Reserve, and that China, Japan, India, South Korea and the United Kingdom would participate in the coordinated move.

According to the International Energy Agency, which monitors global oil supplies on behalf of the world’s leading economies, there have been three coordinated stock releases since the agency was founded: before the Gulf War in 1991, after Hurricanes Katrina and Rita damaged oil facilities in the Gulf of Mexico in 2005, and in response to supply disruption caused by war in Libya in 2011.

“We recognize that the rise in oil prices is placing a burden on consumers and has added to inflationary pressures during a period when the economic recovery remains uneven and faces a range of risks,” the IEA said in a statement. The Paris-based agency was not involved in the U.S.-led initiative.

The coordinated attempt to reduce prices follows a decision by OPEC+ to ignore calls to accelerate the pace at which the group is restoring supplies cut at the peak of the pandemic.

Key details of the market intervention remain unclear, including the precise amounts that some major countries will contribute, but here’s what we know so far about what other countries are doing:

“China will arrange the release of state crude oil reserves in light of the situation and needs and take other necessary measures to maintain the stability of the oil market,” Chinese Foreign Ministry spokesperson Zhao Lijian said at a briefing on Wednesday.

“China has long attached great importance to the stability of the international oil market, and we stand ready to maintain communication with relevant parties on maintaining market balance and long term stability,” he added.

The world’s second largest economy and biggest importer of oil told CNN on Friday it was working on a strategic oil release. A spokesperson for China’s National Food and Strategic Reserves Administration confirmed that China had already released an undisclosed amount of oil in order to keep costs for industry under control.

China doesn’t publish a lot of data about its oil reserves, but said in 2017 that it had established nine major reserve bases around the country, with a combined capacity of 37.7 million tons.

“We have been cooperating with the United States to stabilize the international oil market,” he told reporters, adding that the country would make the move in a way that does not run afoul of oil stockpiling laws.

Kishida said stabilizing crude oil prices is crucial to helping the economy recover from the coronavirus pandemic. He said more details about the timing and the amount of oil will be announced at a later time.

Japan had 388 million barrels of total strategic crude oil stocks as of June 2020, according to the U.S. Energy Information Administration. It said about 76 per cent of those were government stocks and about 24 per cent were commercial.

The prospect of the United States, and other big energy consumers, releasing emergency barrels has already helped to deliver lower oil prices, at least in the short term. After topping US$85 a barrel in late October, U.S. oil prices have declined about 10 per cent. That in turn has helped put a lid on surging gasoline prices.

India has agreed to release 5 million barrels, to be timed in agreement with the other five nations.

“India has repeatedly expressed concern at supply of oil being artificially adjusted below demand levels by oil producing countries, leading to rising prices and negative attendant consequences,” the Indian government said in a statement shortly after the White House announcement.

“Despite the high fiscal burden on the government, [they] were taken in order to provide relief to citizens,” it added.

The South Korean government said in a statement that the amount and timing of its oil reserves release would be decided through consultation with the other countries, but said it was expected to be at a level “similar to previous international cooperation cases.”

During the Libyan crisis in 2011, when civil war disrupted global oil supplies by taking up to 1.8 million barrels a day offline, South Korea released nearly 3.5 million barrels or about 4 per cent of the country’s oil reserves, it said.

“The South Korean government decided to participate in the U.S.’s proposal to release oil reserve after taking into consideration of the need for international cooperation to recent sharp rise in international oil prices, the importance of the [South Korea]-U.S. alliance, and the participation of major countries,” it said in a statement from its ministry of foreign affairs.

The U.K. government said in a statement it will allow companies to “voluntarily release” oil reserves of up to 1.5 million barrels, in what it called “a sensible and measured step to support global markets as we emerge from the pandemic.”

“As we’ve said before, we will work closely with our international partners to do what we can to support the global economy through the transition following the pandemic,” a government spokesperson said.

Record demand for package delivery expected to continue into 2021