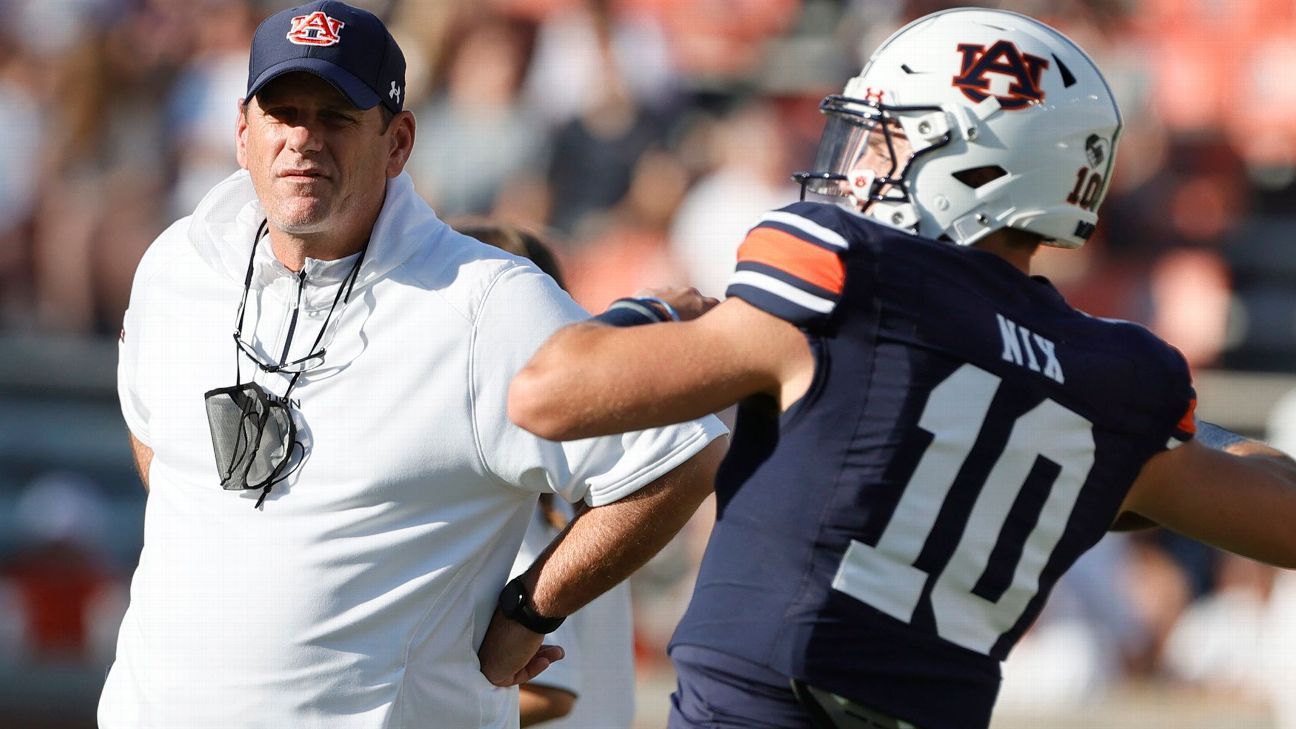 Auburn offensive coordinator Mike Bobo is out after just one season with the Tigers, sources told ESPN’s Adam Rittenberg on Monday, confirming an earlier report.

Bobo was brought in by first-year coach Bryan Harsin, and the Tigers showed flashes of offensive efficiency during the season, but they ultimately ended 6-6 and way out of contention in the SEC West.

Auburn finished 3-5 in the SEC, but perhaps Bobo would still be with the program had the Tigers held on for what would have been a massive upset last week.

In the Iron Bowl, Auburn lost to Alabama 24-22 in four overtimes after holding a 10-point lead in the fourth quarter. The result might have been different if Tigers starting quarterback Bo Nix was healthy. Nix missed the game with an injury and backup T.J. Finley finished 17-of-26 for just 137 yards. He managed two touchdown passes but was also picked off once by the Crimson Tide.

Auburn’s offense started strong under Bobo, posting back-to-back 60-plus-point efforts in the first two weeks, and had some moments in SEC play as well. But the Tigers closed with four straight losses, all to SEC opponents.

Familiar with the SEC, Bobo, 47, played quarterback at Georgia and also was an assistant coach with the Bulldogs and with South Carolina, so he seemed like a solid fit on Harsin’s staff.

Bobo stepped out of conference for his first head-coaching post, at Colorado State from 2015 to ’19, where he went 28-35. He took the Rams to three bowls, all losses.