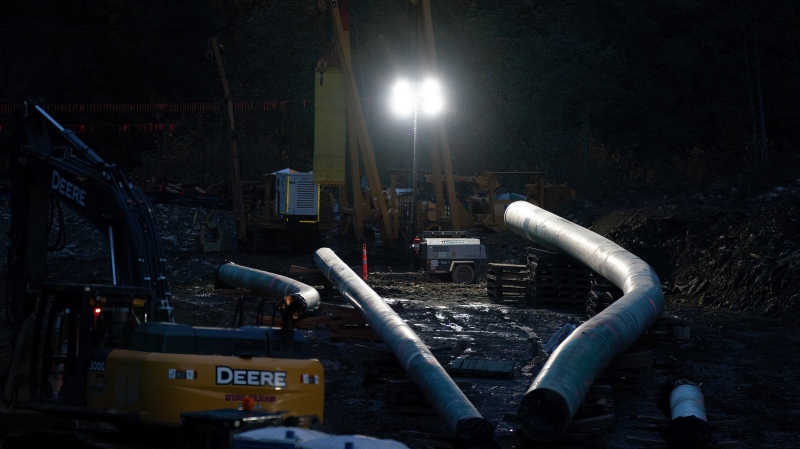 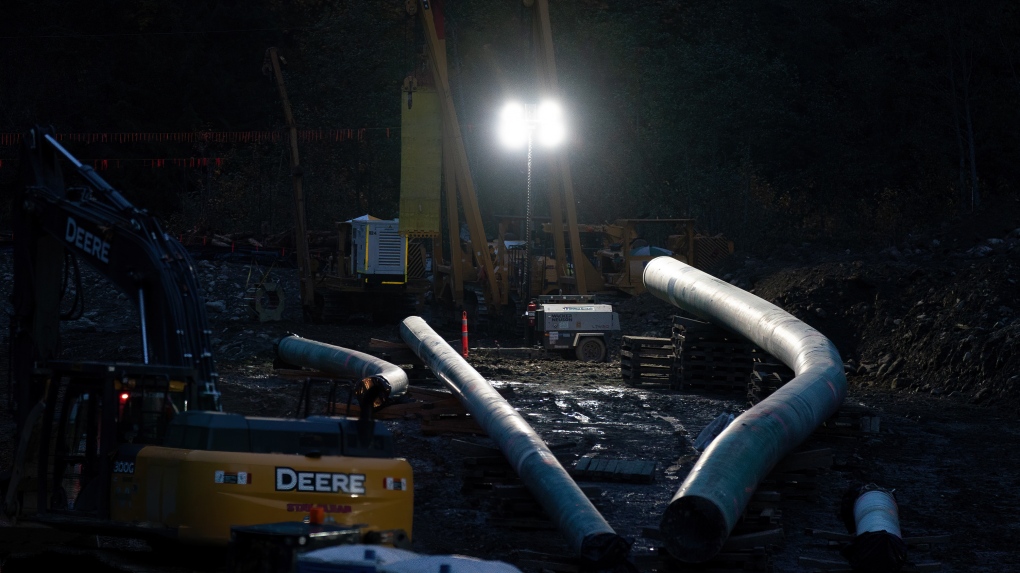 The Trans Mountain Pipeline plans to reopen Sunday for the first time since the devastating storm that struck B.C. in mid-November.

The pipeline, which normally transports roughly 300,000 barrels of oil from Alberta to Burnaby each day, was shut down as a precaution during the atmospheric river that flooded towns and destroyed highways last month.

“Throughout the shutdown period, the pipeline remained safely in a static condition and there was no indication of any product release or serious damage to the pipe,” Trans Mountain said in a statement on Saturday.

The pipeline operator said it has now completed “detailed investigations of the pipe’s integrity” and geotechnical assessments of the landscape surrounding it.

The company says it has forwarded plans for restarting the pipeline to the Canada Energy Regulator. Subject to the CER’s approval, the pipeline will restart during “daylight hours” on Sunday, Trans Mountain said.

“Restarting the pipeline has required a significant, sustained effort to reinstate access lost due to damaged roads, changes in river flows, and adverse weather,” the company’s statement reads.

“Crews worked around the clock to clear highways, build bridges and manage watercourses to allow for access and repairs to the pipeline.”

One the pipeline is operating again, crews will monitor it closely, Trans Mountain said, adding that emergency management teams remain in the field and prepared to respond “in the unlikely event of a release.”

“Over the coming weeks, Trans Mountain will continue with additional emergency work,” the company said. “Some of this work includes conducting additional inline inspection, armouring of riverbanks and adding ground cover or relocating sections of the pipeline.”

The shutdown of the Trans Mountain pipeline was a major reason why the provincial government introduced gasoline rationing orders last month.

Earlier this week, the province extended the rules limiting drivers to 30 litres at a time until Dec. 14, a move intended to give the pipeline more time to restart.

With the pipeline now set to resume operating, CTV News Vancouver has asked Emergency Management B.C. whether the gas rationing order will be ended early. This story will be updated if and when a response is received.

Godiva to close 128 stores in North America, including 11 in Canada by end of March

‘Spirited Away,’ other Studio Ghibli films head to HBO Max