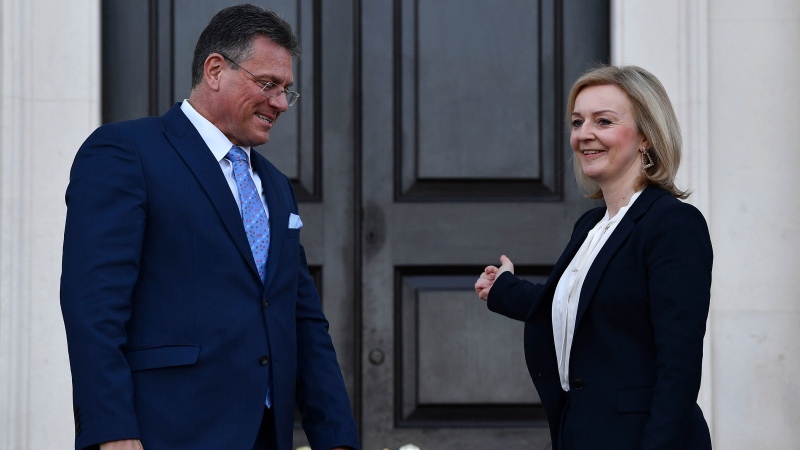 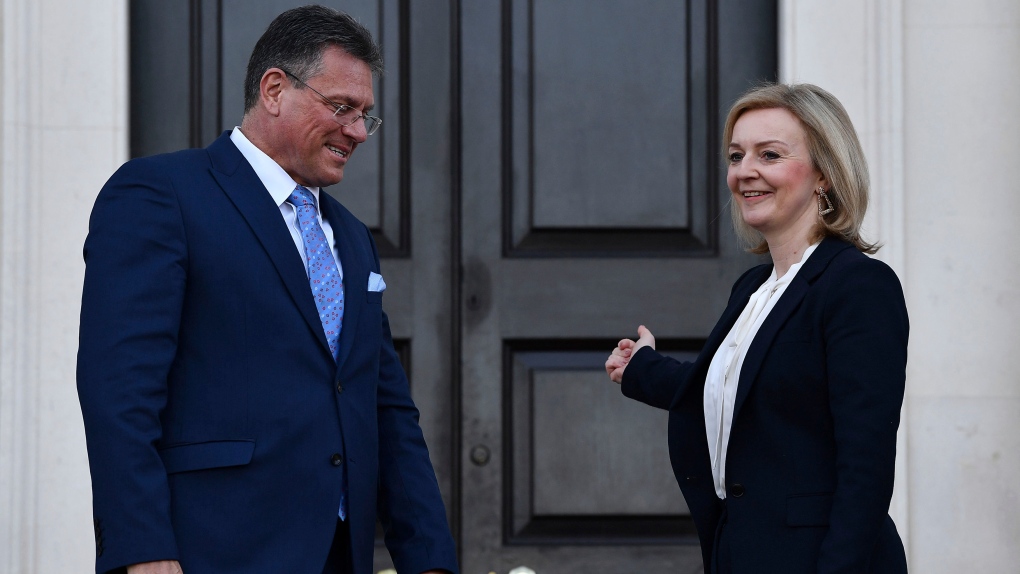 Britain’s foreign minister expressed optimism Friday that there is a “deal to be done” to resolve a Northern Ireland trade dispute that has soured the U.K.’s relations with the European Union.

“We have had constructive talks with the EU. We are now going to go into intensive negotiations to work towards a negotiated solution to sort out these very real issues for the people of Northern Ireland,” Truss told broadcasters.

In a brief joint statement, Truss and Sefcovic said their talks had been “cordial” and they had agreed to meet again on Jan. 24 after “intensified” talks between their officials next week.

Since Britain left the 27-nation bloc in 2020, relations have soured over Northern Ireland, the only part of the U.K. that shares sharing a border with an EU member. As part of the divorce deal, the two sides agreed to keep Northern Ireland inside the EU’s tariff-free single market for goods to maintain an open border on the island of Ireland — a key pillar of Northern Ireland’s peace process.

That created a new customs border in the Irish Sea for goods entering Northern Ireland from the rest of the U.K. even though they are part of the same country.

The arrangement has brought red tape and supply problems for some businesses, and it has angered Northern Ireland’s British Unionists, who say the checks undermine Northern Ireland’s place in the U.K. and destabilize the delicate political balance on which peace rests.

Brexit negotiations made limited progress under Frost, perceived by many EU officials as an intransigent hard-liner. Truss has struck a warmer tone, though she has stuck to Britain’s insistence that the EU remove its top court from its role in resolving any disputes over the Brexit agreement — an idea the bloc flatly rejects.

The U.K. is seeking major changes to the arrangements and has threatened to use an emergency break clause to suspend parts of the legally binding Brexit divorce agreement if no solution is found. That would trigger EU retaliation and could spiral into a trade war between the U.K. and the 27-nation bloc.

The EU has accused Britain of failing to respond positively to its “far-reaching proposals” to ease the burden on Northern Ireland businesses.

“I think there is a deal to be done. I do want to make progress,” Truss said. “Clearly if we don’t make sufficient progress we will have to look at the alternatives, but my absolute desire is to get a deal that works for the people of Northern Ireland.”